These are the first official preview pages of a project I''m working on. Co-created by the Soska Sisters and Daniel Way, with art by Rub Dumo, this original graphic novel presented in a grindhouse/exploitation film style is irreverent and raw. Back us over at Kickstarter if you want to see this comic get to print. 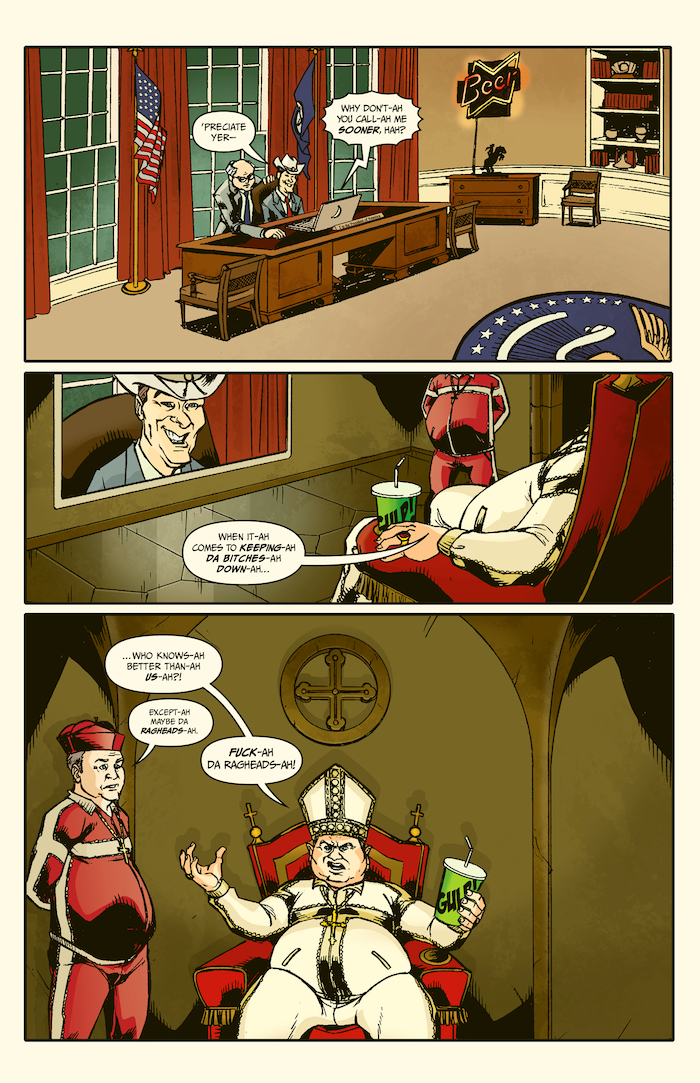 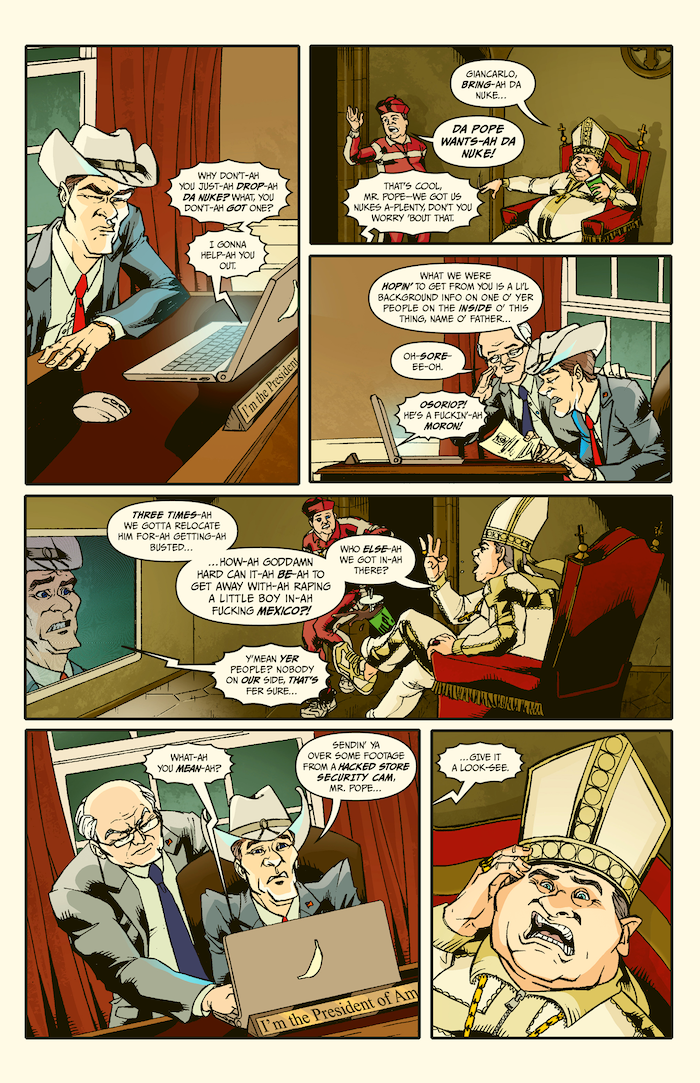 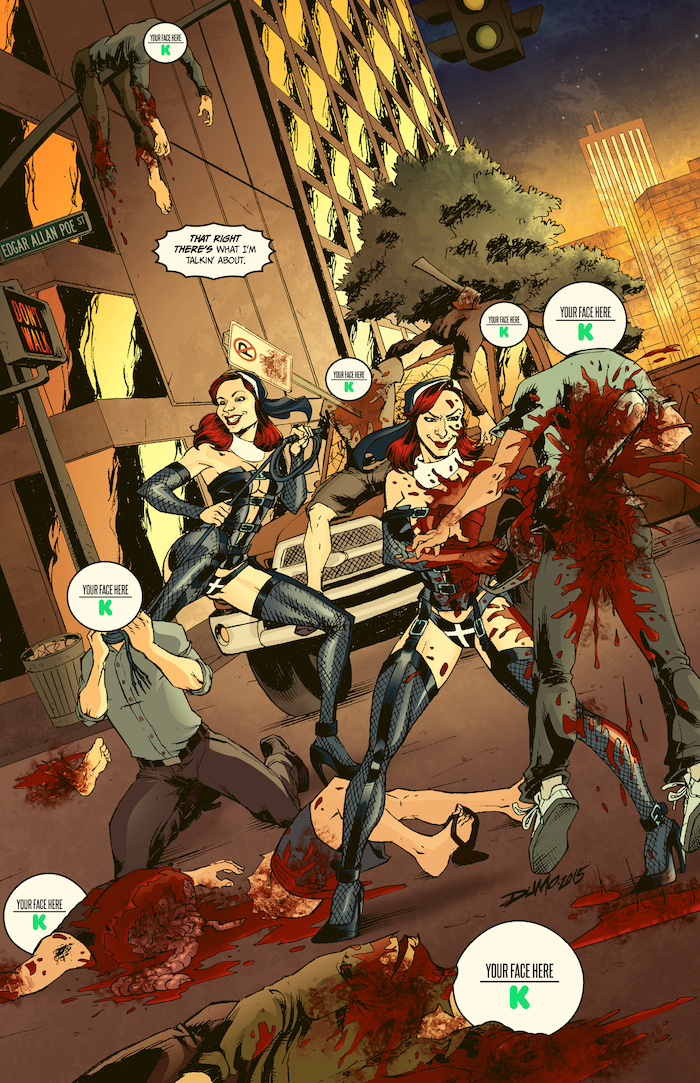 “The story centers upon Purvis Gunt, a malcontent and pervert who works at a pharmaceutical lab. Purvis is obsessed with having rampant, porno-style sex with nearly every woman he sees but it’s never gonna happen for him because, in addition to the fact that he’s married, he’s revolting in every possible way. So he turns to science for a way to cheat the situation, using the resources of the pharmaceutical lab to create something that will cause women to lose any and all inhibition or restraint and fill them with uncontrollable lust. Purvis, however, is a terrible scientist. What he cooks up is a virus that fills women with not only a lust for sex…but for blood.

When the virus gets out and infects the female population of the small town where Purvis lives, carnage ensues and it’s up to Purvis, disgraced priest Father Osorio and super macho but sexually ambiguous SWAT officer Mack Diesel to contain the situation before woman-hating US President Pole drops a nuke on the whole goddamn mess.”
Posted by Dee Cunniffe at 2:20 AM