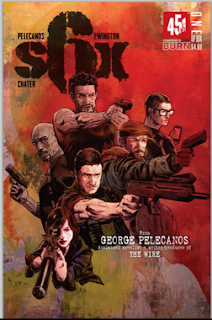 From master author George Pelecanos, (HBO’s The Wire, The Pacific, Treme), who Stephen Kings calls, “the greatest living American crime writer” comes a searing tale of warfare at its worst and fighting soldiers at their best. When the wife of a former Marine buddy finds herself a target of a vicious Mexican cartel, she ends up turning to her husband’s old squad for help. 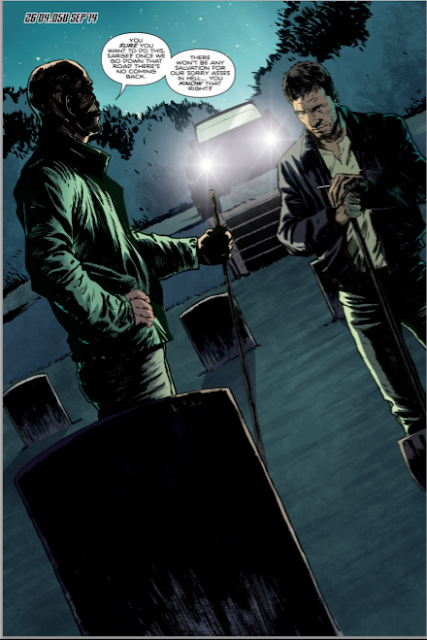 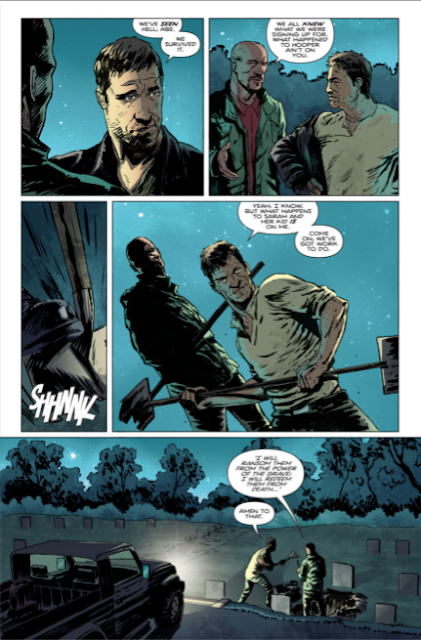 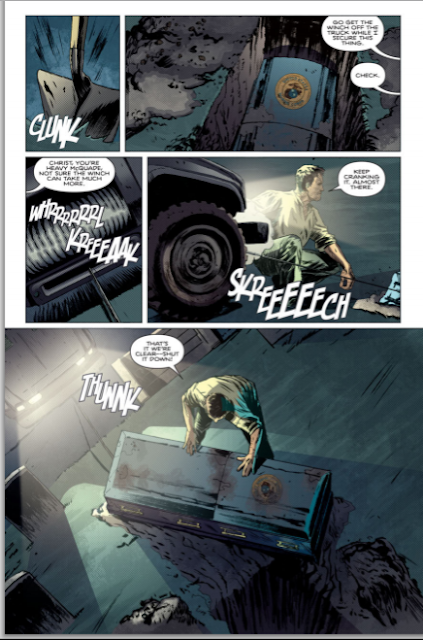 Issue #1 of Six is out now. From George Pelecanos, words by Andi Ewington, illustrated by Mack Chater and colored by me. Published by 451 Media.
Posted by Dee Cunniffe at 2:21 AM